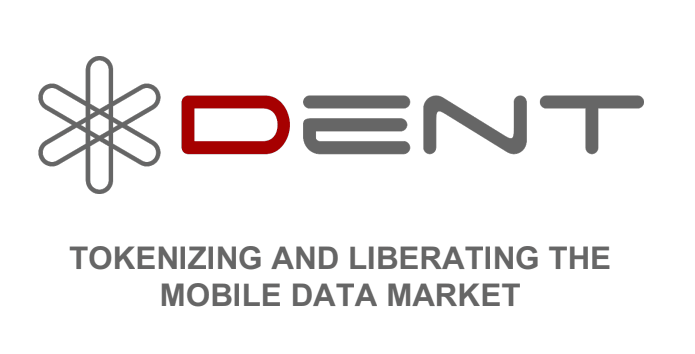 This is the first article on this blog. So, let’s start with some background and history about DENT Wireless Ltd and the DENT token…

While skipping the “idea phase”, let us start with the Whitepaper and ICO in July 2017…

Well, this Whitepaper is a must read for every potential token holder. It clearly describes the mission and vision, the people behind the company, the roadmap, the ICO sale details, the key drivers of the telco industry, the role of DENT, the technology used (Etherium platform with smartcontracts), and more…

But just to give you an idea during the ICO there was a lot of information about DENT Wireless and its mission… I think this was the first video “explaining” about the concept of “unused” data, and the “purchase” power of united consumers… (Note: it was a teaser for the upcoming ICO)…

And another video about the high roaming costs…

But probably the best information about what DENT Wireless wants to achieve is a podcast interview with Mikko Linnamäki about 5G vs 4G and the Future of Mobile Networks. (Highly recommended to listen and therefore we made a special post about it… just click on the link above).

We want to thank you for the successful token sale – a total of 21,467.15 ETH was collected!!! #dentcoin #token #TokenSale #ICO #ethereum pic.twitter.com/EbUzgA7UYQ

Sidestep: the ETH/USD price started to increase significantly from end July 2017, didn’t dip below the $200 (for 15 months), and even reached a high of about $1,350 mid January 2018. (However, we don’t know how much and when the received ETH of the ICO was sold and for what price)

So, DENT Wireless has to start with a substantial lower “war chest” as intended. But that didn’t stop the team with developing and implementing the promised Roadmap items.

The original idea was… as explained by Tero Katajainen, CEO and founder of DENT Wireless:

“DENT will allow subscribers to monetize their unused data or quickly buy extra mobile data at low prices. DENT will also prove to be of enormous benefit to travelers who can avoid very expensive roaming charges by buying data locally via the marketplace. The platform will unlock the full potential of global data usage, thus benefiting users and telcos alike.”

After months of hard work, end December 2017, finally the first DENT iOS app was released to the public. The first 2 markets where users could buy (and send) data top-ups were USA (AT&T, Verizon) and Mexico (Movistar, Telcel). And all new users got 30 DENT free, a week later adjusted to a free 100MB.

Followed by the new updated roadmap for 2018…

After getting carriers in Brazil onboard, DENT Wireless introduced (in May 2018) a new referral marketing system where users can invite a friend, and both referrer and the new user get free DENT.

The team learned a lot of doing referral marketing and by just starting the campaign with some ads, the viral effect will take over and the campaign can run by itself. As you can see in this tweet…

Also, in May, 2018, the milestone of the first 100,000 DENT App installations was reached. (Note: the main target audience was still focused on USA and Mexico)

From that moment, it went fast and many more countries were added… just an example…

On June 8, 2018, the milestone of 1 million registered and verified DENT App users was achieved.

And just 11 days later, the milestone of 2 million users was reached.

Although DENT was already listed on several exchanges, on July 6, 2018, the highly wanted Binance listing was a fact…

On July 26, 2018, the team celebrated its first anniversary… Pretty amazing what the team did accomplish in just a year with a war chest of only $4,3 million…

Just some other highlights…

Note: Check out DENT Exchange to see the full list of all 43 currently supported countries.

Jan 25, 2019 – 10 million Users Reached on the Apps months ahead of Schedule. Users have spent over 230 million minutes on the apps creating 527 million screen views.

On the same day, the DENT Afterburner Loyalty Program went live, but only for users who have access to DENT Exchange.

First, all DENT Android App users can use the simplified data trading feature from inside their app.

And although not on the roadmap, the team managed to launch the new DENT Samsung Galazy S10 App.

(Note: the DENT Afterburner Loyalty Program is not available for iOS users)

A major milestone was reach on February 7, 2020, when DENT eSIM went live for 50 individual countries (later on May 5, changed into 1 worldwide plan covering these 50 countries).

To make the on boarding process of new users even more smoothly, DENT App users can now pay directly in USD for their mobile data, prepaid top-ups, eSIM data plans, and voice bundles.

On the background the system automatically buys the necessary DENT on DENT Exchange. Watch the video to see how it works.

(Note: as soon to be released additional feature: DENT App users will get the option to buy with both DENT and USD via split-payments)

DENT users can now use multiple devices with one data plan. Or they can share their data plan among friends, family members, or colleges. Just pool your data with anyone you want via this easy to use new Web Application.

Later followed with the additional feature for quotas…

Not only for DENT App users who want to allocate a fixed (dedicated) number of GBs to a specific team member, but also as the “start-up” for anyone (private person or business) who wants to resell mobile data to others.

For professional businesses, there is a developers DENT eSIM API portal (now in Beta) that allows them to automate TEAM features like the allocation and “delivery” of the data to their clients.

Plus these business will be allowed to buy data in bulk with a discount in the new DENT Gigastore.

And per September 3, 2020, the number of supported eSIM countries has been expanded from 50 to 75 countries.

Summary of all achieved milestones

And lots of interesting and challenging plans for the future as you can see in the roadmap. Just to name a few:

So, the future looks bright with lots of opportunities…